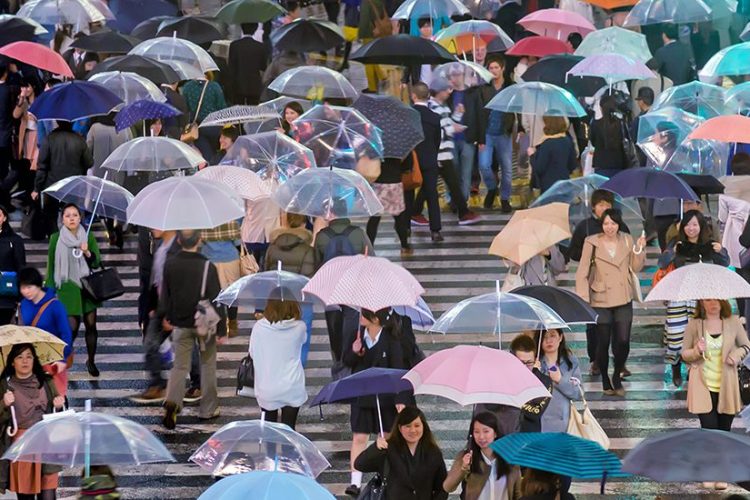 Quite frequently the question is raised as to what has gone wrong with our society today, what has caused the problems, and what can be done to correct them? When almost daily we hear of school shootings, drug busts, rapes, robberies, and people being threatened, it is no wonder that people are questioning the ills of society.

Unfortunately, we have been treating the symptoms and the effects rather than the causes. We have been putting a bandaid on the problems, with more prisons, more police on the streets, metal detectors in our schools, and a host of other ideas, that do not effectively cure the problems of our society.

To get to the bottom one must acknowledge the basic reason for the cause is the self centeredness of mankind. When, in the garden of Eden, Adam and Eve turned from being God centered to being self centered, it set the pattern for all the sins and problems of the world to this day (Romans 5:12). In Jeremiah 17:9, God said, “The heart is deceitful above all things, and desperately wicked; who can fathom it?” The sins in the heart of every person have produced the problems we face today.

When our country was founded, our founding Fathers were not all Christians, nor has our country ever been a Christian nation; it has been a pluralistic one. However, those men all accepted the basic principles of the Bible, and they accepted absolute truth as found in the Bible. Thus, upon these foundational elements they constituted our nation. This has been the fabric of strength upon which our country has become great. The Constitution is a document based upon the principles of the Bible.

At the outset of our country there was a mutual reinforcement of three elements that provided a foundation of strength for the citizens; The Church, the school, and the family. The Church was the center of spiritual instruction to the village, the school (in many instances taught by the pastor, who was usually the most educated person in the village) reinforced the spiritual principles in teaching reading/writing/arithmetic (Note: the McGuffy readers which were the basic learning books for many years to instruct in reading, were 97% moral and ethical in teaching and 3% factual knowledge), and the home followed the church and the school in backing up learning and discipline. These three basic elements produced educated children, well taught spiritually, morally, ethically, and in principle, to go out to the world. It is no wonder that in previous generations we had highly principled people, who though they may not have been Christian by commitment, nevertheless followed these basic tenants of the Bible.

Had this unified teaching continued to today, we would not have the type of society that we see going on in our world. But, the crack in the threefold foundation began before the turn of the last century in all three areas. First, it came through a dilution in the church. Seminary professors in our mainline denominations (which at that time were basically following the teachings of the Bible) went to Germany to obtain their Doctorates in Theology. At that time in Germany, a subjective higher critical view of the Bible was in vogue, with a selective discounting of certain aspects of the Bible by German Theologians. The professors of our seminaries imbibed in that teaching, returned to their classes and “parroted” what they had learned in Germany. This “liberal” teaching of the Bible soon permeated down from professor to student then the student preached what he was taught to the people he pastored, and thus came the modernism that has engulfed all our mainline denominations today. This has caused many splits in all the denominations, with the result that the mainline churches are declining in numbers, and evangelical churches are increasing in numbers, because they teach the truth of Scripture. The mainline denominational churches have by and large taught a “social gospel” rather than, “thus saith the Lord”, and this has caused untold problems in our churches.

The second crack in the foundation came through the school in a twofold attack. First, came Darwinian evolution about 150 years ago, that discounted the Biblical account of creation, and substituted a theory that mankind evolved from something millions of years ago. This placed man as the ultimate in the world, to the exclusion of a creator God, and discounted the teaching of the Bible.

The other attack through the school came at the turn of the century with John Dewey’s humanistic attack on the Bible, through a naturalistic and humanistic philosophy of mankind. Again, this discounted God, and elevated mankind to the ultimate in the universe. Dewey was the head of Columbia University’s Educational department, which at the beginning of this century was the leading producer of public school teachers in our country.

One can easily see that Darwinian evolution, coupled with humanistic philosophy, ingrained in the minds of prospective public school teachers, who in turn “parroted” that teaching to succeeding generations, has caused most of our colleges and public schools to be thoroughly indoctrinated in these two God rejecting philosophies. Our colleges were turning out humanistic teachers, who then taught in our public school systems, to children and young people who were indoctrinated with an anti-God philosophy, and a totally self centered way of life, that has produced the selfishness in society, rather than Biblical principles upon which our nation was constituted. It is no wonder that society today is out of step with our Constitution, which is all that is holding our country together, and some would be willing to jettison it altogether. The only time that some use the Constitution is to hide behind it, to allow them to live according to their selfish desires. 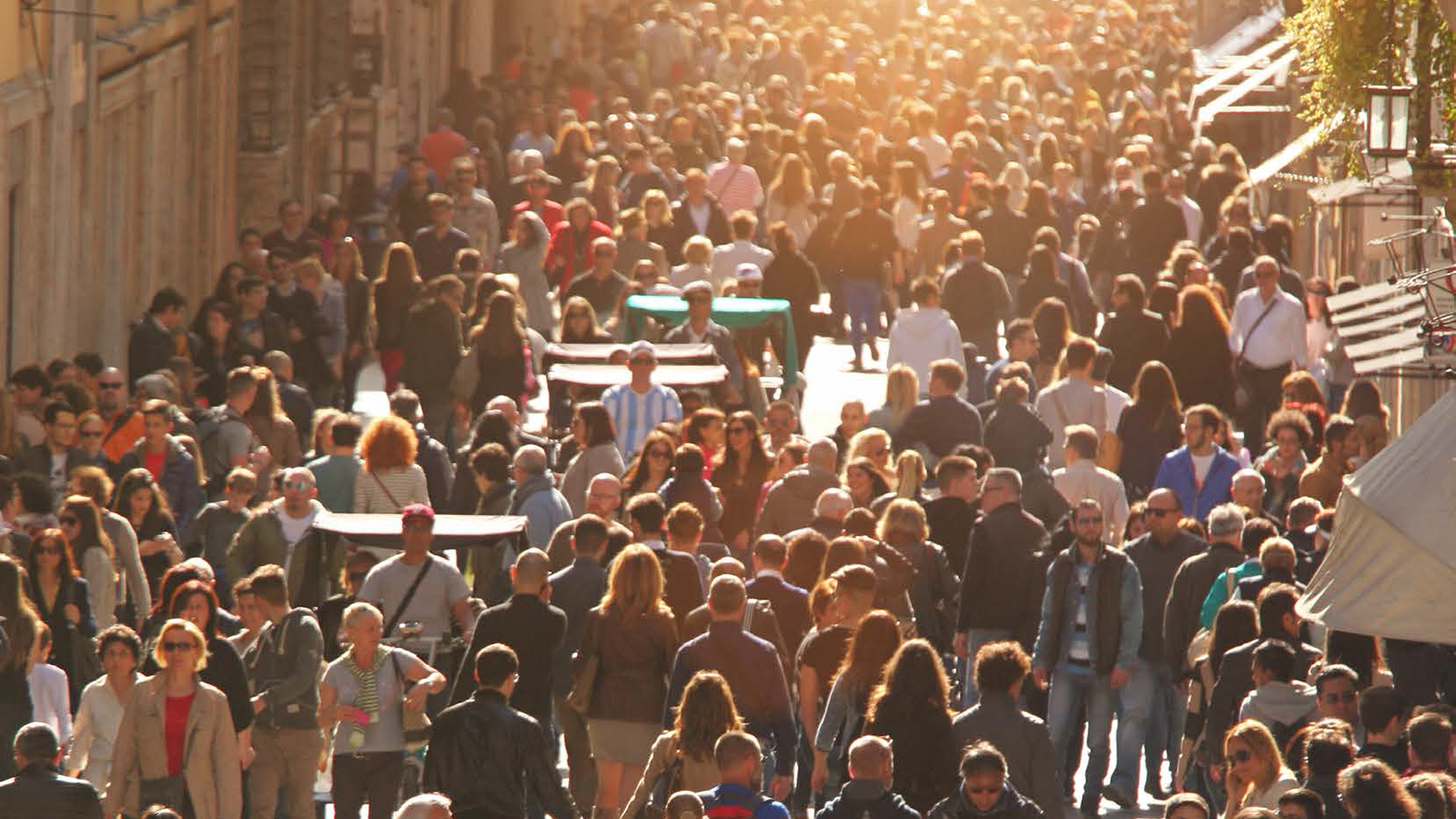 The third crack in the foundation has come through the home, which as God created it was to be the bedrock of developing a child to become an adult and live a principled life in the world. However, with the coming of the Industrial age a little over a hundred years ago, which took the Fathers away from the home a good part of the day, and the two world wars which took the Fathers out of the community and forced Mothers into the workplace, we find a fertile soil for the disruptive family cohesiveness, and a fracturing of the family.

Along with that has come an invasion into the home with the advent of Television, and Hollywood’s set of morals, or lack thereof. The TV has become a “baby sitter” to impressionable children’s minds, along with an escalating problem of divorces, one parent families, day care centers, and everything else, so that one can easily see the impact it has had on children, who are growing up personally insecure, in a very insecure world of today. It is no wonder a child goes to school carrying a gun, for his very insecurity needs a “security blanket” in the form of a gun that will protect him against all others. And, he has no knowledge of why it has all come about.

The results of the threefold crumbling of the foundation of society produced a church that is impotent, because it teaches a “feel good social gospel” that people wish to hear, rather than a “Thus saith the Lord” (See: II Timothy 4:3,4), and thus there is no spiritual foundation upon which one can construct a proper philosophy of life. Just as water seeks the lowest level, so mankind today, without proper spiritual parameters, constructs a life on the lowest plane, which is basically selfishness.

The school no longer teaches the 3R’s of reading, writing, and arithmetic, as once taught, but a “feel good, what do you think” type of instruction, where there is no absolute truth, but all is relative. How can uneducated, little children understand all this, when they need to be properly instructed by their elders in the basics of life, so in turn they can go out into an adult world with some degree of understanding, and formulate a proper worldview. Finally, the home has been fractured in so many ways, that it no longer is a foundation upon which a child can find unconditional love and acceptance, and where he or she can feel secure. The home no longer accepts the teaching of Scripture, along with proper discipline to self centered children. The home today is where one eats and sleeps, then each go their own way, rather than a cohesiveness and security, that should provide a “nest” of comfort and acceptance, led by a loving Father and Mother, who provide a model of Christian living and love. Is it any wonder that pre-adolescent children are packing guns to school, and at the least intrusion into their lives, fire off the guns in frustration and insecurity.

There are basically two worldviews that we see in society today. The one is the humanistic, self-centered view that depicts mankind as being the ultimate, and having to defend himself from every attack upon his personhood. As long as someone doesn’t invade his space, all is well, but just let someone confront him with an “In-your-face” attitude, then severe problems surface. This seemingly is becoming the all pervasive mode of today’s living.

The other worldview is a spiritual one, based on Biblical principles, and produces a willful God centeredness rather than a self centeredness, which is so devastating. In Romans 8:6 it says, “For to be selfishly minded is death; but to be spiritually minded is life and peace”. There are many people, selfishly minded, that are just existing today, rather than enjoying the fullness of life, and are “walking dead”. Christ said, “I am come that you might have life, and that you might have it more abundantly” (John 10:10).

Only by society today returning to Biblical principles, and teaching them to our children, will we ever emancipate ourselves from the morass of anarchy that we are surely sliding into, little by little. It will take a concerted effort by the Church, the school, and the home, to be able to rectify the massive problems of our world.

An illustration will help to emphasize these problems we see today. Many years ago two men, Max Jukes and Jonathan Edwards lived in the same state. Of the 1,206 descendants of Jukes it is reported that some 300 spent time in prison, 190 were prostitutes, and 860 were alcoholics. Of 929 descendants of Edwards, 439 became ministers, 86 were university professors, 13 wrote books, 7 became politicians, and one became Vice President of our nation.

What made the difference? For one thing, Jukes knew nothing of the love of God, and refused to take his children to church, even when they asked to go. Edwards not only understood the love of God, but ensured that his family was in church every Sunday, and he served God to the best of his ability, as a model to his family. Such is the life changing power of God’s love expressed through the Biblical principles.

“If my people, which are called by my name, shall humble themselves, and pray, and seek my face, and turn from their wicked ways, then will I hear from Heaven, and will forgive their sins, and will heal their land”. II Chronicles 7:14. This says it all.